The Idiocies of Language... 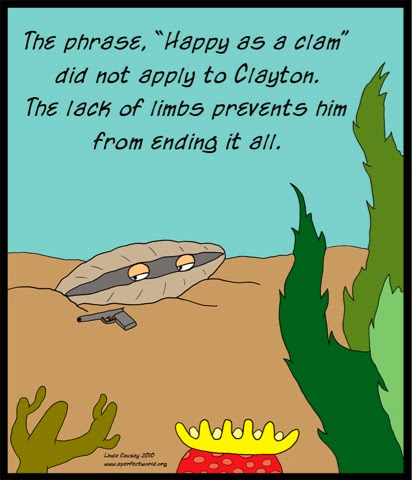 Has it ever stuck you how a number of commonly used expressions ether fly in the face of logic, or make little sense altogether?  Take for example the chestnut that something is, "More fun than a barrel of monkeys!"  I, for one, regard the thought of a barrel of monkeys as being at least inhumane, and very possibly quite dangerous.  I guess the operating thought is that monkeys can be entertaining to watch (until they throw their feces at you), and so a number of monkeys might amplify that voyeuristic pleasure.  If confined in a small space such as a barrel, however, the bloodshed that monkeys would be likely to inflict on one another would be appalling. -- Some fun, eh?  Perhaps to the sadistic, and just imagine the merriment that would ensue should said monkeys escape their confinement.  They do tend to attack the faces, rip off fingers, and otherwise mutilate their victims; just loads of yucks there!

Then we have strange expressions like someone is as "Happy as a clam."  Now mollusks are generally not regarded to have a range of emotional expression, and I really don't regard them to be sentient.  If one defines happiness as filtering water, feeding, and excreting then clams are perhaps overflowing with joy, but forgive me if I doubt their capacity for higher emotional states. All I can say is, I'm grateful to be mammalian...
Posted by firefox_b at 3:10 AM No comments: 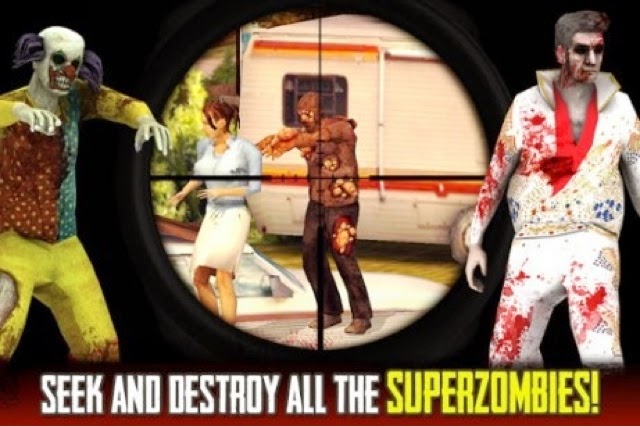 I'm not quite the videogame addict that I used to be when I was younger, but the occasional game especially when it's available as a tablet app still can get me going.  As I love AMC's The Walking Dead as well as zombie literature, I'm currently rather heavily into Z Hunter (Bring Death to the Dead).

The game basically involves shooting varying numbers of zombies in different settings (urban, campground, ruined amusement park, etc.) before they can catch up with and slaughter the living humans you're trying to protect.  As the zombies become more numerous, diverse, harder to annihilate, and better concealed, you're able to upgrade to more powerful weapons, and even deploy some on different platforms, such as a moving helicopter.  You can also "buy" more powerful bullets, radar to detect zombies with, and consumables to slow down their advance.  There's something oddly satisfying about spraying zombies with a machine gun, and what the heck, they're already dead, right?

The game is also permeated with a sense of dark humor.  One of the "superzombies" you'll occasionally encounter is attired as a circus clown, while still another is dressed as an Elvis clone, complete with a bloodied sequinned jumpsuit.  When hunting them in a ruined amusement park scenario, you can occasionally find one of the rascals riding about on the roller coaster or ferris wheel.  It's all oddly compelling if bloody fun, and is great guy entertainment!
Posted by firefox_b at 7:23 PM No comments:

Metal Detectors and the New Age... 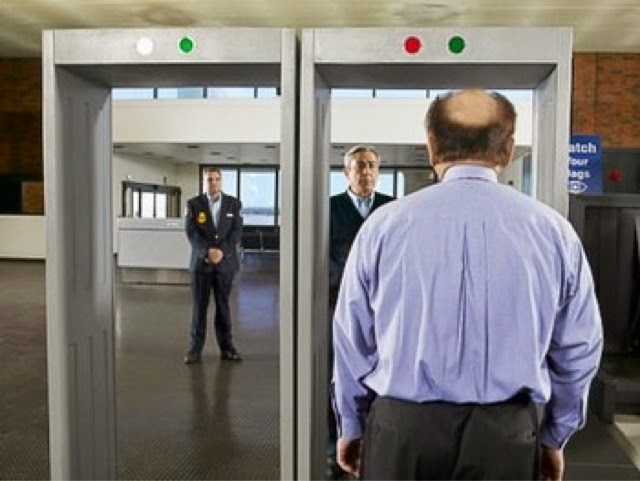 If you're a guy like me, you often have a small knife in your pocket.  Not a big fixed-blade number, but just a small folding knife, useful for opening packages and letters, cutting string, and whatever! Some are Swiss army type knives, useful for the occasionally needed screwdriver or nail implement.  My best knives I keep at home, carrying only those that wouldn't be devastating to lose.

In an era of terrorists, plane hijackers, and kids shooting other kids in schools, metal detectors are everywhere.  I once had to pass through a metal detector to enter a science museum!  What am I gonna do...take hostages by the exhibits?!  Anyways, my unexpected pass through a metal detector set off the alarm due to the presence of a small pocket knife, an embarrassing and disconcerting experience.  The offending knife had to be surrendered until I was leaving the building.  Another time I had to pass through a metal detector to enter a courthouse, but knew better than to be carrying a pocket knife.  This time my belt buckle set off the alarm!  Thank God they found the offensive object before I had to undergo a body search.  It felt peculiar enough to have to remove the belt prior to being allowed to venture further, then put it back on after successfully passing the screening; I felt like the criminally accused.  Belts I had thought were put on when one put on pants, and kept on until the pants came off.

All of this drove home to me the thought that times have changed considerably since I was a kid, and one could pass unchallenged into schools and public buildings without going through metal detector screenings or passing through electronically secured doors.  We are all less free because we live in scary and uncertain times...
Posted by firefox_b at 1:52 PM No comments: